Chelsea manager Maurizio Sarri has been charged with misconduct after being dismissed by referee Kevin Friend during a clash against Burnley on Monday.

The two sides met in a crucial Premier League fixture at Stamford Bridge at the start of the week, which ended 2-2 after a pulsating first 45 minutes of action.

Burnley took the lead after eight minutes through Jeff Hendrick, before N’Golo Kante and Gonzalo Higuain scored to put the home side back in control by the quarter of an hour mark.

Ashley Barnes then equalised ten minutes later and that’s how it stayed, with Chelsea missing the chance to go third in the table in their bid to qualify for next year’s Champions League.

Sarri was drawn into debates with the match officials throughout the 90 minutes and eventually, he was punished by referee Kevin Friend, who sent him to the stands late in the game.

According to the Daily Mail, the FA have charged the Italian boss with misconduct and he has until 6 pm on Friday to respond – with a hefty fine likely to be issued. 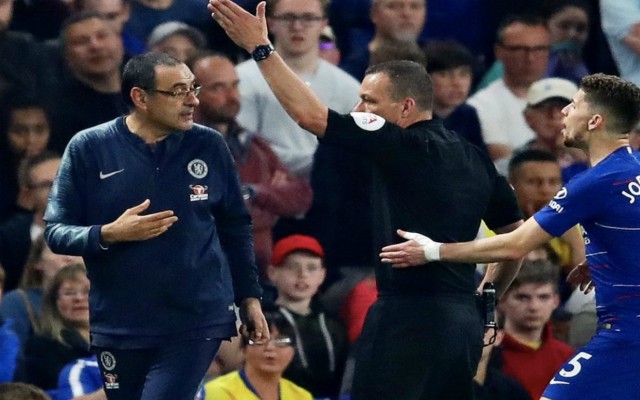 Sarri was sent off against Burnley

The Blues coach was getting more an more wound up on the touchline as the match wore on, clearly frustrated by Burnley’s aggressive approach and time-wasting in the second period.

Clarets boss Sean Dyche was unable to control his staff, particularly goalkeeping coach Billy Mercer, who was at the centre of most of the drama. 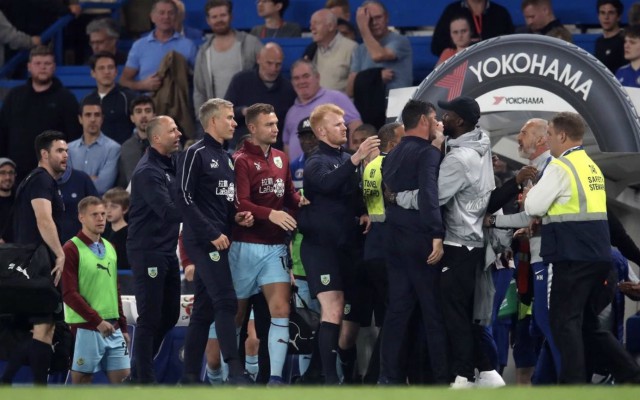 Ugly scenes after the match

Chelsea were angered by the perceived deliberate attempts to provoke Sarri and his assistant coach Gianfranco Zola was left to cover media duties in his absence.

“We understand it’s a football game. You say words because of the adrenaline, but he wasn’t particularly happy.

“If Maurizio said that, probably it’s something that could have been avoided.”