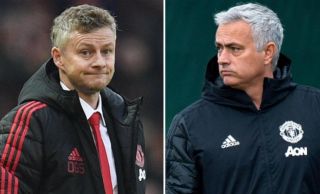 Former Manchester United manager Jose Mourinho is reportedly preparing transfer targets as he looks set to return for a second spell in charge of Inter Milan next season.

And among his main targets to come in would be Barcelona misfit and Man Utd target Philippe Coutinho, according to Spanish outlet Don Balon.

Another recent report from Don Balon linked United with the struggling Brazil international, but it may now be that he’ll end up accepting a second spell at Inter himself.

Coutinho joined Liverpool from Inter earlier in his career, and could understandably feel he has unfinished business at the San Siro after failing to really make the grade there as a youngster.

The 26-year-old is now struggling again with Barcelona and a summer move seems likely, but it could be that Mourinho will get one over his old club here.

This would be a blow for MUFC, who have been linked with a number of other attacking players alongside Coutinho as a replacement for Alexis Sanchez understandably seems to be a top priority.

The Independent have linked the club with Jadon Sancho, while the Telegraph have also linked them with Everton’s Richarlison.

Mourinho left United in December and has not yet returned to management, but a job with Inter perhaps makes sense for the Portuguese at this interesting potential crossroads in his career.