With the introduction of VAR in the Premier League imminent, I begin to question whether officials were held accountable enough for their evident mistakes over the years.

Don’t get me wrong, I don’t plan to continuously slag off Premier League officiating during the entirety of this piece, because as we all well know, it can be one of the more challenging jobs out there on its day, and one I believe some of us take for granted; I certainly wouldn’t like to give it a go myself. Yet, a part of me argues that it’s what they’ve trained to do all their lives, they should be spot on each week without fail; that may just be me being harsh however.

Without officiating, in this day and age that is, the game of football would be a lot more difficult to play, impossible maybe, yet, with better officials, the game would be a lot more just. Nobody is asking for perfection, with only a split second to decide, mistakes are a certainty, but maybe a little bit more consistency would have sufficed.

After a referee has made a dreadful error during a game – a very apt example being Graham Poll during the World Cup of 2006, but we shall leave that one well alone – a manger/player should have the right to question that decision, surely? Apparently not. A referee could make a game-changing decision and be demoted for a week or two at worst, if that even, but if a player or manager comments, they’re very much under scrutiny for it.

One wrong decision could be the difference between Premier League survival and agonising relegation, or a league title and just another second place, it really could be that crucial. Take Cardiff City for example, the Bluebirds played Chelsea late last month, and somehow (when I say somehow, I mean with a little help from the officials), Maurizio Sarri’s men turned the game on its head to win 2-1.

I think everyone reading this will know what I’m on about. Cesar Azpilicueta’s goal. Normally, I am the first person to understand a tight offside call, but this one was clear to everyone in the stadium, how the linesman on the day didn’t see it is really beyond me.

The Chelsea skipper was a good yard offside at least, and with no bodies blocking the officials view, you have to ask, what on earth was he doing? Where else could he have possibly been looking.

Not only was this goal offside, Cardiff were also denied two penalties, and Anthony Rudiger somehow escaped a blatant red card.

When I say that evident decisions that were not spotted should rest solely on the shoulders of officials, this is what I mean. If all decisions were made correctly during the course of that particular 90 minutes, Neil Warnock’s men would have won the game, and that would have meant level points with 17th place Brighton, but instead they sit three points adrift.

Now Craig Pawson and his fellow officials on that day have to hold their hands up. The hierarchy have to look at that and sanction appropriately to further deny things like this. With all things put into perspective, what really is a suitable fine compared to almost relegating a Premier League club? 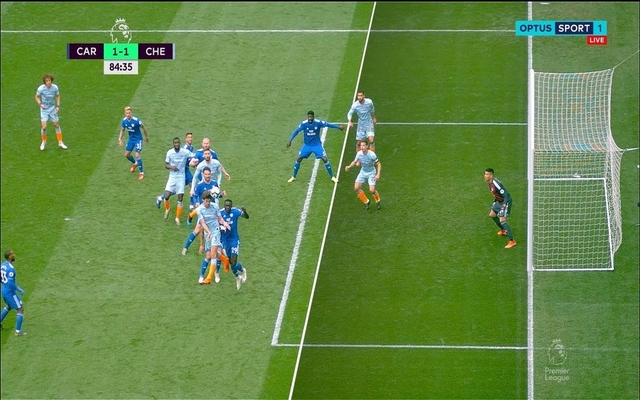 After the game, Warnock stated, “The biggest and best league in the world, but probably the worst officials at the minute”. To which I really cannot blame him.

Charlie Austin was another figure who blasted officials after Southampton’s 1-1 draw against Watford, yet the Saints were wrongfully denied all three point thanks to a decision that was again, clear as day.

Southampton were 1-0 and thought they went two goals ahead only for the linesman to rule out a perfectly good goal for offside. After the game, Charlie Austin did what many other players and managers opt not to do, and say exactly what was on his mind, claiming that referee’s ‘need help’ and that the officials cost them two points.

Now the interesting thing about this rant is that Austin was not hit with a fine or any form of punishment for that matter, which seems hard to believe given the degree of it. So surely the FA saw that Austin was completely correct in what he was saying, meaning the officials made a clear and obvious mistake, so why not fine them? Why not demote them to a League One or League Two game?

A notorious referee criticiser, Jose Mourinho once got fined £50,000 along with a one-match stadium ban for claiming that ‘referees are afraid to give decisions to Chelsea’, following Bobby Madley’s decision not to award Chelsea a penalty late on in their 1-1 draw against Southampton.

The fact that managers can get fined these ludicrous amounts of money for giving an honest opinion on a refereeing decision, yet an official make a huge error in what could be a season defining moment, and get away with it completely, I honestly don’t understand.

As I stated before, I don’t like to complain too much about officials, but there is a line, a line which they often cross in regards to decisions they should be making. I firmly believe that referees have got off lightly in recent seasons, and definitely should have received sanctions for some of the decisions that have been made. It is undoubtedly the right time for VAR.