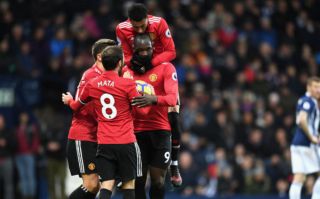 Man Utd stalwart Juan Mata is reportedly ‘willing to leave’ the club should an offer from Spain arrive, and it’s claimed Atletico Madrid want him.

The 30-year-old joined the Red Devils from Chelsea in 2014, and has gone on to make over 200 appearances for the club while winning an FA Cup, League Cup and Europa League.

Given his technical quality and creativity on the ball, Mata undoubtedly offers something different to the other attacking options at Ole Gunnar Solskjaer’s disposal, and so the Spaniard is still a key figure in United’s squad with his experience and pedigree in mind.

However, with his contract set to expire this summer, that has led to major question marks being raised over his future at Old Trafford, and with no new agreement in place, it could now lead to an exit in the coming months.

As noted by Calciomercato, via AS, it’s been suggested that Atletico Madrid are keen on taking him to the Wanda Metropolitano, and importantly it’s claimed that Mata is ready to quit Man Utd should an offer from Spain arrive to open the door to a return to La Liga.

That has seemingly now presented itself, and so he may well be convinced to move on and start a new challenge elsewhere this summer.

Nevertheless, it remains to be seen what Man Utd’s stance is on his future, as if he remains a key figure in Solskjaer’s plans, then they will surely do their utmost between now and the end of June to convince Mata to pen new terms.

It has to be said though that they’ve undoubtedly left it very late. Now they run the very real risk of losing him for nothing this summer which could ultimately form part of a major rebuild of the squad following another disappointing campaign which is set to end trophy less.