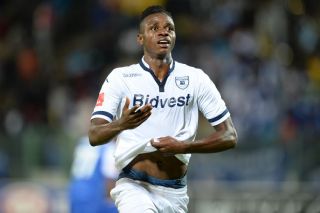 Burundi ace Papy Faty has sadly passed away after he collapsed and died during a match in Swaziland having opted to continue playing with a heart condition.

As noted by The Sun, he was taken ill during the game and later tragically died, with the 28-year-old defying orders from doctors to stop playing due to a reported heart problem.

Faty earned 21 caps for Burundi, while he also had a spell at Trabzonspor earlier in his career.

However, after two clubs are said to have cancelled his contract due to his heart condition, it was expected that he would stop playing as advised.

His passion for the game seemingly ensured that he continued, and sadly it has led to a tragic incident with tributes pouring in on social media from former teammates and rivals, as seen in the tweets below.

Sad to hear of the passing of Papy Faty was a pleasure playing alongside him… May his soul rest in paradise thoughts and prayers with the Faty family ??

The Burundi international has sadly passed away at the age of 28.
I would like to extend my deepest condolences to his family and friends during this difficult period. #RIP Papy Faty ??

I'm very moved by the death of Burundi's midfielder Papy Faty while playing for his club in #swaziland?? . He helped our national team to qualify for #afcon2019
#Burundimourns https://t.co/UJs9Z2UWsF

Papy Faty was the guy who unintentionally injured me the first time I injured my knee in a Telkom QF vs Wits when I was only 23, I remember him messaging me after the game apologizing, wishing me all the best & said he will pray for me.