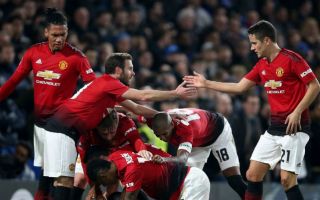 Man Utd face a decisive clash with Chelsea on Sunday as the two rivals continue to scrap for a Champions League qualification spot this season.

In turn, they can ill-afford to drop points at home against a direct rival, and so it remains to be seen if they can secure the win to keep them in contention heading into the final two weekends of the campaign.

In order to have the best possible chance of winning, Ole Gunnar Solskjaer will be desperate for positive news on the injury front this week to get as close to a fully-fit squad as possible, and he has revealed that he’s hopeful Ander Herrera and Scott McTominay will be at his disposal.

“I would think so (will play for United again) yeah. Ander’s been training, enthusiastic and probably be involved on Sunday, can’t guarantee but he’s trained the last two days,” he is quoted as saying by the Manchester Evening News.

“Scott failed a fitness test on Wednesday morning, so he’s going to have another one today (Friday) probably to see if he’s available.”

While the Norwegian tactician does still have Paul Pogba, Nemanja Matic and Fred to feature in midfield, it would certainly be a huge boost to get Herrera and McTominay back as the former in particular was key in their good run of form when Solskjaer initially took charge.

With so little time left in the campaign, Herrera could also be making his final appearances for Man Utd, as his contract is set to expire this summer. In turn, if he is set to leave, he’ll surely want to go out in style by playing a key role in getting United back to the Champions League next year.