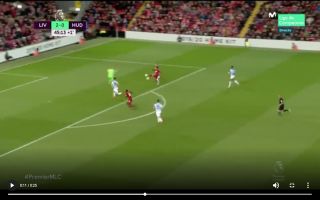 Liverpool superstar Mohamed Salah has scored in his 100th game for the Reds, the star’s tidy chip against Huddersfield puts him as the league’s top scorer.

During stoppage time in the first-half, right-back Trent Alexander-Arnold played a superb pass into the path of Salah, the Egyptian outpaced his man and lobbed the ball over Jonas Lossl.

Salah is now the Premier League top scorer. Salah will no doubt set his sights on winning the Golden Boot for the second consecutive time this season, the former Chelsea ace’s critics will be silenced if he achieves this impressive feat.