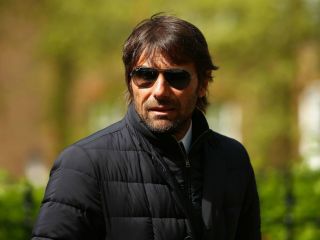 Former Chelsea boss Antonio Conte was giving nothing away when he was reportedly asked about taking the job at Roma by a supporter this week.

The Italian tactician has been out of work since last summer after leaving Stamford Bridge, with the Daily Mail noting that he has an ongoing legal battle with the Blues.

Having been sacked two years into his tenure with a year still remaining on his contract, it remains to be seen if Conte is able to secure a severance package.

However, the focus will soon shift to his next job as the summer approaches, and as noted by Calciomercato, he has been heavily linked with a move to Roma.

It’s added in the report though that when asked about the possibility of taking charge at the Stadio Olimpico, Conte responded: “Let’s see, let’s see…” with a smile on his face.

It would arguably be an excellent appointment from the Giallorossi given Conte’s experience and winning pedigree in Serie A having won three Scudetti with Juventus prior to his spells as Italy coach and at Chelsea.

Further, he secured a Premier League title and an FA Cup during his time in west London, and so if Roma do have ambitions of pushing on beyond the battle for a top-four finish in Italy’s top flight, then Conte could be the man to take them there.

It comes after they opted to sack Eusebio Di Francesco this season, with Claudio Ranieri taking the reins on a temporary basis until the end of the current campaign.

Roma sit just a point adrift of fourth-placed AC Milan with five games remaining, and so it could yet prove to be a perfect time to bring in Conte should they also secure Champions League football for next season.

However, based on his comments above, he’s eager to give nothing away just yet as he continues to perhaps assess his options with other top jobs potentially becoming available in the coming weeks.