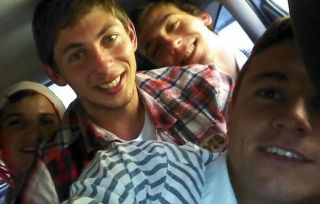 It has been a truly tragic and heartbreaking year for everyone connected to Emiliano Sala, and the sad news continues to arrive.

The Argentine striker tragically died after the plane in which he was travelling in crashed into the English Channel in January.

After it was reported that his father, Horacio, suffered a heart attack this week and passed away, The Sun now note that the former Nantes star’s best friend, Sebastian Rabellino, died in a car crash last week.

The 24-year-old is said to have played for San Martin de Progreso, the club in Sala’s hometown, and so it has been a bitterly tough few months for all concerned there as the tragedies sadly continue to happen.

It’s hoped that the Sala family have the support that they need through the ongoing difficult time that they must be suffering with, while the Rabellino family will tragically now understand what they’re going through after losing Sebastian at such a young age.