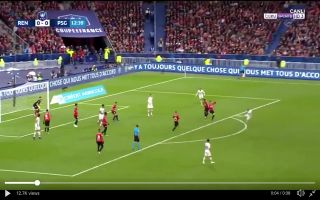 PSG star Dani Alves showed fans that even at the age of 35 years old that he still has the skill to produce that brilliant moment of magic. Take a look at Alves’ goal.

Alves, who has recently become the most decorated footballer ever because of his impressive collection of trophies, opened the scoring for PSG just 13 minutes into the tie after a clever corner routine between himself and Neymar.

Superstar Neymar aimed his corner at the edge of the box where Alves was waiting in the wings to unleash an amazing volley, Alves’ volley flew into the bottom corner.

Alves and Neymar may be two of the most confident players around, the pair pulled off this moment of excellence in the Coupe De France final, this is the French equivalent of the League Cup.

Remember the old FIFA corner glitch?? Neymar & Dani Alves just did that to perfection for this goal ?#SRFCPSG pic.twitter.com/hgarzajNvA

Neymar and Alves have a telepathic connection both on and off the pitch, it takes some doing to score a goal like this. They must have put some practice in on the training ground.