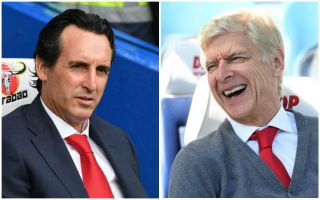 Arsenal have just conceded three goals for three league games in a row for the first time since all the way back in 1966.

This is an extremely embarrassing record for the Gunners, who were beaten 3-0 away to Leicester City today, following a 3-1 defeat away to Wolves in midweek and a 3-2 home defeat to Crystal Palace last weekend.

Arsenal have conceded three or more in a game in three consecutive matches for the first time since 1966.

While things ended badly for Arsenal under Arsene Wenger, this is unlike anything fans saw during the Frenchman’s reign, and some fans are now calling for their former manager to return to the Emirates Stadium.

Things have to be bad for any number of Arsenal fans to be contemplating such a thing, with Wenger pretty unpopular towards the end of his time in north London, despite generally being seen as a club legend for the bulk of his 22 years in charge.

Emery, meanwhile, has not improved things much since replacing Wenger, and Arsenal’s current implosion and shocking defence is surely going to see them miss out on a top four spot – though they’ve been helped by their rivals being so bad as well.

This is a different level of uselessness, it's relegation form. I miss Arsene Wenger, let's beg him, I'm sure the Frenchman will come back.#LEIARS

At this rate, I think I want #WengerBack……. @Arsenal