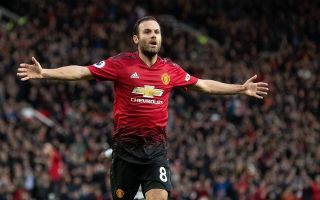 United opened the scoring in the 11th minute of the tie after some lovely play by former Chelsea players; Romelu Lukaku, Luke Shaw and Mata.

Check out Mata’s tidy finish to give United the lead here.

Mata will remember this goal for some time, not only did he score against his former club but he also managed to do so on his 31st birthday.

Mata’s crucial strike was only his second goal of the season, the attacking midfielder has had to wait nearly five months to hit the back of the net again for the Red Devils.

Mata will be hoping that his important goal today can earn him a renewed contract with United, the Spaniard’s current deal expires this summer.