Leicester City starlet Hamza Choudhury is coming under fire for some old tweets that don’t paint his younger self in the best of light.

The 21-year-old has been a superb performer for Leicester this season after coming through the ranks with the Foxes, and is surely a future regular for the England national team.

However, Choudhury may have some questions to answer about a couple of old tweets dating back to 2013 – admittedly a very long time ago when he may have had very different views to now.

Still, it’s not a great look for the midfielder, with these old tweets from his official account showing him to have at some point held highly questionable views about mental health and women’s football.

In one tweet, Choudhury says he has no sympathy for people who self harm or commit suicide, while in another he criticises the quality of the women’s game. 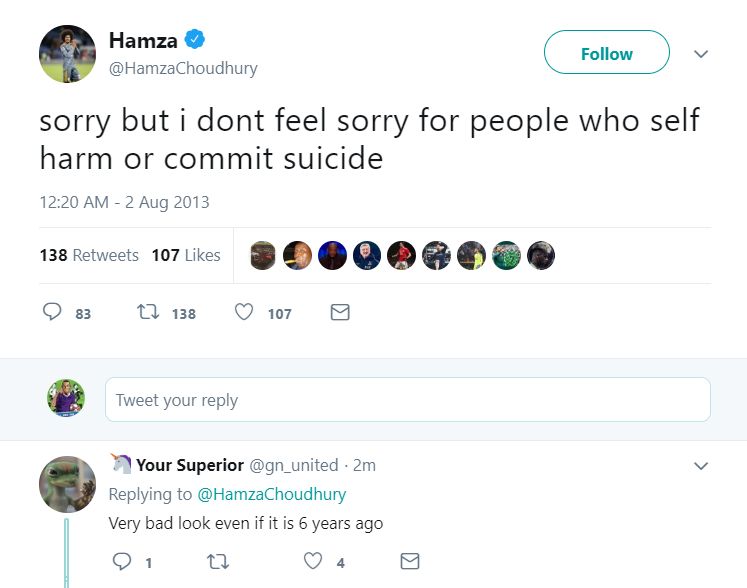 One person replies: “Very bad look even if it is 6 years ago” while another said: “Delete this chief.”

It will be interesting to see if Choudhury responds to these tweets coming up again all these years later, but one hopes he can set the record straight and insist these are no longer his views.