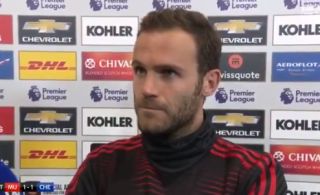 De Gea once again struggled and made a dreadful error for Man Utd, with the Spain international spilling an Antonio Rudiger shot and allowing Marcos Alonso an easy equaliser.

That’s what mates are for ?#MUFCpic.twitter.com/2vlCJdHKbQ

Still, despite De Gea’s poor form, Mata gave a strong defence of his fellow countryman, saying he backs him 100% and believes he’ll come back with the right attitude to get back to his best.

The former Atletico Madrid ‘keeper has been a terrific servant for United in his Premier League career, and many fans will probably continue to back him for a while even if he does cost them a few points.

However, genuine questions may soon need to be asked about his levels now as he may well be past his peak after a long career at the highest level.