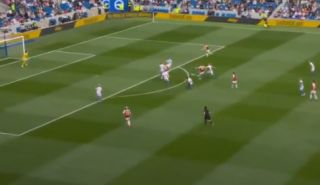 Arsenal’s men’s team may be putting in another dire display against Leicester City this afternoon, but Arsenal Women are closing in on the Women’s Super League title.

Watch below as Vivianne Miedema scores an absolute rocket to give the Gunners the lead against Brighton, with a win enough to crown them champions today.

Stop what you're doing and watch this ?

Look at the power on this strike from @VivianneMiedema ?@ArsenalWFC are on course for the #FAWSL title! pic.twitter.com/MzOHlFngGx

This rocket from Miedema is the 22-year-old’s 22nd league goal of the season as the Netherlands international enjoys a prolific campaign.

As well as the flight of the ball being a joy to watch here, there’s also a highly satisfying ricochet off the cross bar that just adds to this strike’s aesthetic qualities. 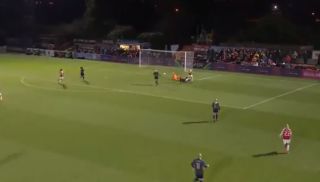