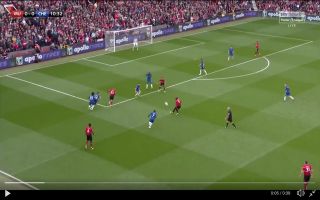 Former Chelsea star Juan Mata scored on his 31st birthday to hand Manchester United the lead this afternoon, three ex-Chelsea players linked up for the goal.

In the 11th minute of the clash, three former Chelsea players were involved in a move that saw the Blues fall behind. Paul Pogba played the ball into former Chelsea ace Romelu Lukaku and the Belgian star silenced his critics by lifting a lovely pass over Chelsea’s backline into the path of Luke Shaw.

Chelsea’s defence were punished for taking their eye off the ball and fans will be wondering how their defence was carved open so easily.

Chelsea fans will be kicking themselves after seeing three former players link up to score against them.