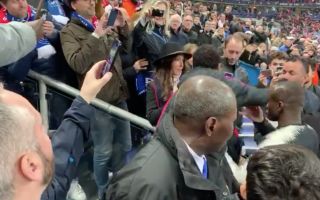 PSG and Brazil superstar Neymar seemingly lost his cool on Saturday evening, as his side were beaten by Rennes on penalties in the final of the French Cup.

PSG drew the game 2-2, with their opponents then beating them 6-5 on penalties in order to win their first piece of silverware since 1971.

Anyone actually know what this guy said to Neymar ?? pic.twitter.com/DIIEwku3E6

And it seems like the defeat didn’t go down too well with Neymar, who was captured hitting out at a supporter after the match was finished.

It’s always horrible to see a player react badly to a loss, and we’d expect much more from a player with Neymar’s experience.

Poor showing from the Brazilian, we have to say…