Liverpool attacker Roberto Firmino could return ahead of schedule to face Barcelona in a European Cup semi-final clash on Wednesday.

The Brazilian was forced to sit out Friday’s Premier League encounter with Huddersfield, which the Reds won 5-0 to return to the top of the league.

The 27-year-old sustained a muscle tear last week and was expected to miss Liverpool’s trip to Barcelona for the first leg of their Champions League tie, but according to The Daily Mirror, he has been cleared for an early return to training.

Firmino has been given the green light to take part in a session on Tuesday, which puts him in line to play a part at Camp Nou the following evening.

This latest news will come as a huge boost to Jurgen Klopp and the club’s supporters ahead of a crucial last four clash, with a final berth against either Tottenham of Ajax within their sights. 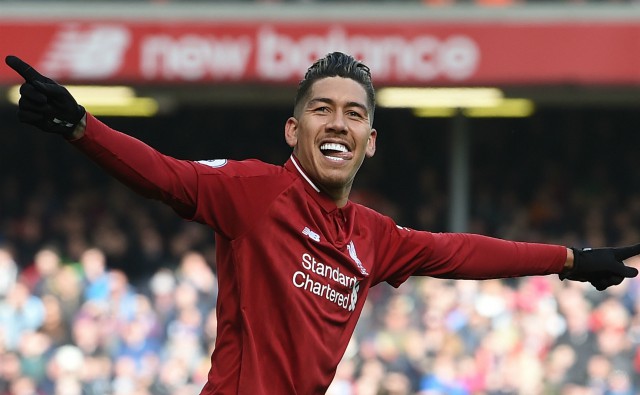 There had been initial fears that Firmino would miss the remainder of the season but his lightning fast recovery should now increase Liverpool’s chances of silverware as the 2018-19 campaign draws to a close.

Klopp’s side are still vying for the Premier League title but after Manchester City moved back to the summit with a 1-0 win at Burnley on Sunday, they are hoping for their rivals to slip up in their final two fixtures.

Liverpool could finish the year with 97 points and still end up second behind City, which is a testament to just how consistent both teams have been over the last 10 months.

However, an extraordinary league and cup double is still possible for the Reds and they will be hoping to go one better in Europe after last season’s heartbreaking final defeat to Real Madrid.

Firmino’s presence in the starting XI will be key for Liverpool to achieve their lofty goals and with him back in the fold so soon fans will surely start to dream of a glorious ending to an amazing year at Anfield.