The Red Devils hosted the Blues in a crucial Premier League fixture on Sunday, which ended 1-1, ensuring that the race for a top-four finish will go down to the wire.

Kante lined up in Maurizio Sarri’s midfield once again, but not in the holding role which he previously made his own under Antonio Conte and for France at international level.

The 28-year-old ace has been frequently deployed further up the pitch for the Italian boss this season, with Jorginho preferred in a deep-lying position just in front of the back four.

According to The Sun, speculation over Kante’s future at Stamford Bridge has ensued as a result and according to ex-Premier League star Murphy, United should try to lure the Chelsea ace to Old Trafford when the transfer window reopens.

“I’m not convinced N’Golo Kante can be happy playing out of position at Chelsea, even though he doesn’t seem a lad who kicks up a fuss,” Murphy wrote in his latest column for the Daily Mail. 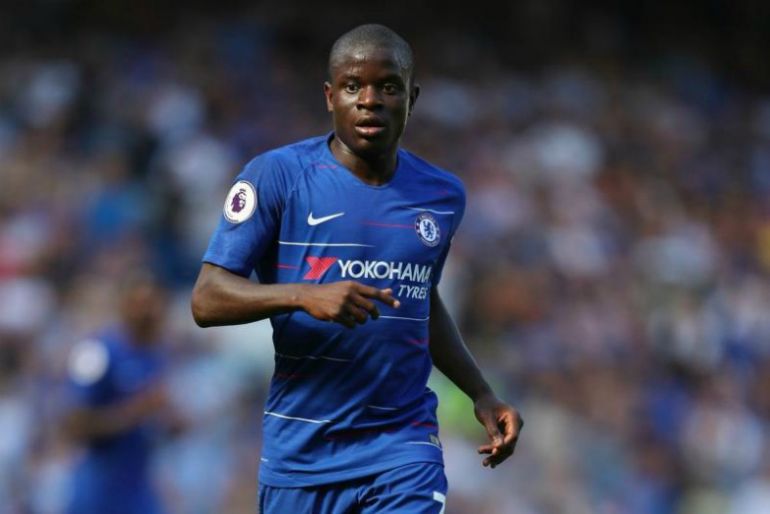 “Do what you can to see if Chelsea would be tempted by an £80m fee.

“Try to find out if Kante would like to play in front of 76,000 fans every week as the undisputed No 1 holding midfielder.”

Red Devils boss Ole Gunnar Solskjaer is reportedly planning a major squad overhaul at the end of the current campaign after a disastrous last two months at the helm.

The Norwegian oversaw 14 wins from his first 17 matches in charge but the team has reverted to old ways in recent weeks and a number of stars are now being linked with summer exits.

Murphy’s suggestion that Kante might cost as much as £80 million will not scare United officials, who are likely to release plenty of funds to bring in new faces ahead of the 2019-20 season – as per The Sun.

There is little doubt that United could use some extra bite in midfield and Kante could certainly provide that, but it remains to be seen whether or not this mooted deal will come to fruition later in the year.