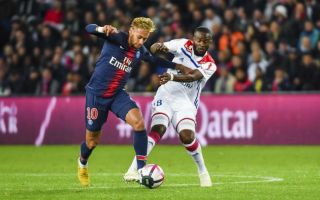 Liverpool may want to take note of the fact that Real Madrid have reportedly opened talks over a transfer swoop for Lyon midfielder Tanguy Ndombele.

The Reds have not been linked with Ndombele themselves, but have several times been credited with a strong interest in his team-mate Nabil Fekir.

Fekir was widely reported to have been close to a move to Anfield last summer, while the Mirror recently translated a piece from L’Equipe saying he was still on the club’s radar ahead of this summer.

However, with AS claiming Ndombele is now a top target for Madrid, LFC may need to get any Fekir deal done quickly as the piece quotes Lyon president Jean-Michel Aulas as saying he only wants to sell one or two players this summer.

If Real get to Ndombele first, that could make it that much harder for Liverpool to land their target in attacking midfield – an area they could do with strengthening as Fekir could be an important upgrade on the likes of Roberto Firmino and Mohamed Salah, who, despite the club’s fine form overall, have not looked quite as dazzling as they did last season.

“I get the feeling we’re going to be attacked this summer,” Aulas is quoted by AS. “Top European clubs are keen on our players, but I think we’ll only let one or two leave.”