Jadon Sancho to Manchester United transfer rumours have been doing the rounds for some time now – and for good reason.

The Borussia Dortmund winger is a hugely promising young attacker, having lit up the Bundesliga this season and earned himself a place in the senior England squad.

MORE: Manchester United and Arsenal in battle over goalkeeper transfer

The Independent have linked United with a possible move at around £100million, while Don Balon have even claimed the Red Devils are prepared to pay as much as £155m for the 19-year-old sensation.

With the likes of Alexis Sanchez and Anthony Martial not at their best, it makes sense that United might be in for new attacking midfield players, but Sancho should surely be their absolute top priority.

Just look at this insane stat below from football writer Zach Lowy, who tweets that Sancho has been involved in more goals (25) than any other teenager in the last decade – with three games still to play for him this term.

Most goals produced by teenagers in top 5 European leagues over the past 10 seasons:

Sancho still has three games left in the season.

This puts the former Manchester City youngster ahead of Kylian Mbappe in two of his outstanding seasons with Monaco and Paris Saint-Germain, and ahead of Sassuolo forward Domenico Berardi back in 2013/14. 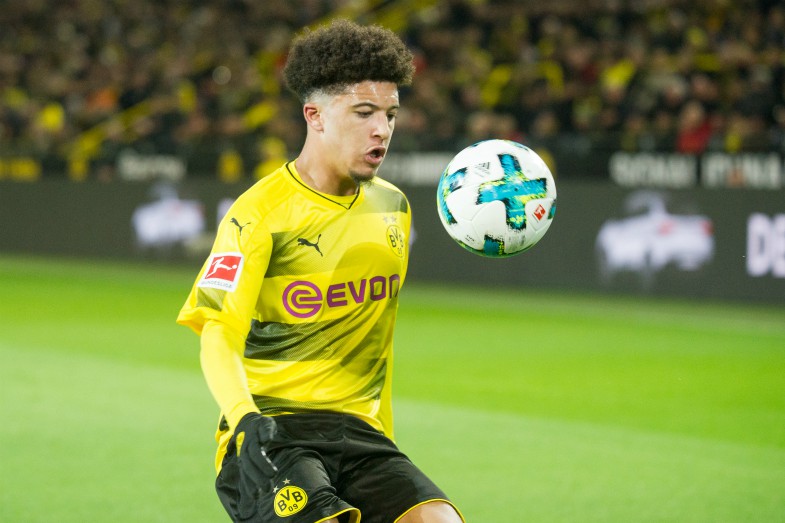 Jadon Sancho is a transfer target for Manchester United

Truly, Sancho looks to be on to a special career, and it’s surely only a matter of time before a European super-club spends huge amounts to snap him up.

It would be great, however, to see Sancho back in England and United seems a fine fit for him, whilst also giving Ole Gunnar Solskjaer exactly what he needs to improve the club’s fortunes next season.