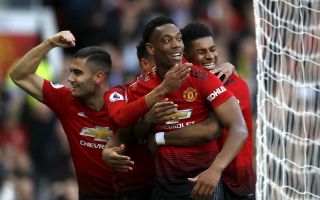 A video did the rounds yesterday of Anthony Martial’s total lack of a warm-up for Manchester United’s big six-pointer against Chelsea at Old Trafford.

You can see the clip below, with the France international seemingly doing his best to live up to all the worst and often unfair stereotypes spouted about him during his time in England.

Martial working hard in the warm up pic.twitter.com/8H9k6MlDDt

Luckily, it didn’t matter too much as Martial – once regarded as one of the most exciting young players on the planet after that stunning breakthrough season with United in 2015/16 – was just an unused substitute against Chelsea.

After all, where’s the motivation for Ole Gunnar Solskjaer to call on the moody Frenchman, who has just one goal in his last ten appearances in all competitions, and who seems to have majorly stalled since that first exciting season with the club.

Arriving as a fresh-faced 19-year-old, Martial finished 2015/16 as United’s top scorer with 17 goals in all competitions, including that stunning solo effort on his debut against Liverpool. In that Louis van Gaal side that so often lacked inspiration, Martial was the one to provide it.

Since then his total tallies in following seasons have been 8 in 2016/17 and 11 last season, with just the 12 in all competitions this term. In the Premier League, he has 34 goals in 112 appearances – two more than Mohamed Salah managed last season alone as he won the Golden Boot.

While it may be unfair comparing Martial to Salah at this point, it does seem like the Egyptian’s high standards wouldn’t have been so unrealistic for the Red Devils ace just a couple of years ago when he looked to have the world at his feet. 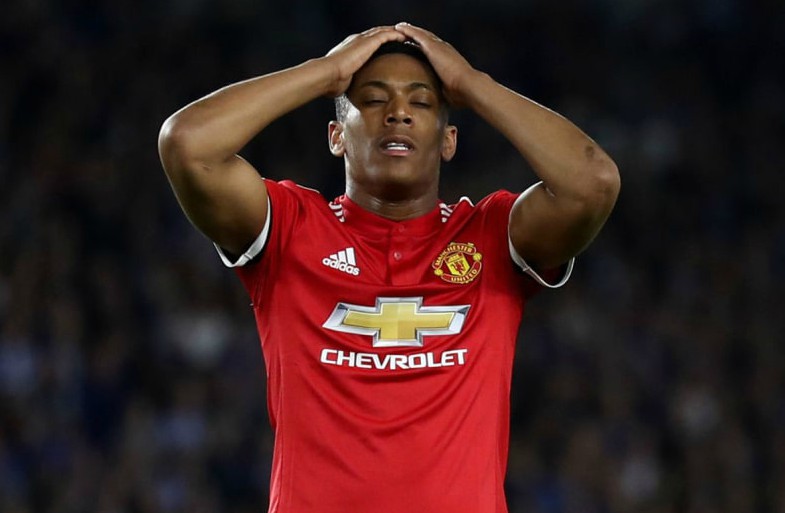 Anthony Martial has had another underwhelming season for Manchester United

MORE: Video: Anthony Martial lucky not to be punished after disgraceful dive

What’s gone wrong for the 23-year-old? Playing under Jose Mourinho won’t have helped his development as an elite attacker, and will no doubt have dented his confidence in places. The Portuguese seemed a bad fit for Martial right from the start, with his tendency to play him out wide and demand a lot of tracking back – something you probably wouldn’t see demanded of him if he’d been playing under Jurgen Klopp at Liverpool or Pep Guardiola at Manchester City.

But Mourinho is gone now, and while some like Paul Pogba and Marcus Rashford have been players reborn after having the Special One’s shackles removed, Martial has just the four goals and two assists under Solskjaer, and is now clearly not at the forefront of his manager’s mind, having remained on the bench after staring into space on the Old Trafford pitch in that clip above.

Attacking players seem high on United’s agenda for the summer, with the Telegraph linking the likes of Borussia Dortmund winger Jadon Sancho and Everton starlet Richarlison as options for the club. The obvious line is that MUFC urgently need to replace that big-name flop Alexis Sanchez, whose own deterioration has done wonders to take the spotlight off Martial.

One has to wonder, however, if United now need to do the taboo and concede that Martial too may be a name they want to be getting rid of this summer. One can well imagine an Arsenal or a Tottenham taking a gamble on him for the right price, with the young forward still having time to turn his career around, but his time for showing that can be at United is now surely up.