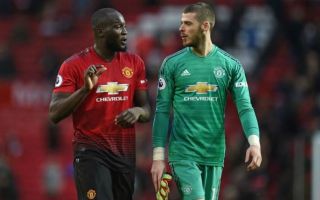 Manchester United reportedly look set to be given a huge decision to make on the future of goalkeeper David de Gea as Paris Saint-Germain line up a huge transfer offer.

According to the Daily Star, the Ligue 1 giants look ready to put together a £90million package for the Spain international, who could double his wages to around £450,000 a week if he moves to the French capital.

MORE: Amazing stat shows Man United have to go all out for transfer of once-in-a-generation talent

De Gea would be an ideal long-term replacement for veteran ‘keeper Gianluigi Buffon at the Parc des Princes, even if his current form has not been the best.

PSG will surely still view the 28-year-old as one of the best in the world in his position, following a long and successful career at Old Trafford.

Recently, however, De Gea has started to show worrying signs of decline, so Man Utd may well be tempted to cash in if good enough offers come in for him this summer.

ESPN have already linked the Red Devils with a big-money move for Atletico Madrid’s Jan Oblak as a potential De Gea replacement, and on current form the Slovenia international could be a major upgrade.

De Gea’s current MUFC contract is also due to expire at the end of next season, so now might make sense as an ideal time to say goodbye.