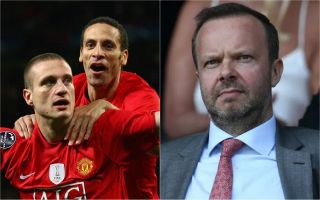 The former England international is a legendary figure from his time at Old Trafford as a player, forming part of some of Sir Alex Ferguson’s best ever sides and winning six Premier League titles and the Champions League among other major honours.

Since retirement, Ferdinand has moved into punditry and shown himself to be an intelligent and interesting presence on BT Sport, though this would be a whole new challenge altogether.

According to the Daily Mail, Ferdinand has been eyed up for a role at Man Utd since he retired from playing, and the report says he’s now held talks over this big job despite a lack of experience.

It would be intriguing to see how the 40-year-old could fare in such a position, with United seemingly putting together a mini tribute act to their best ever teams by recently making the risky choice of hiring the rather inexperienced club legend Ole Gunnar Solskjaer as manager.

Other top clubs have gone down similar routes and seen it work well, so United fans may be pleased to see more people with a connection to the club getting involved after a difficult loss of identity since Ferguson’s retirement in 2013.