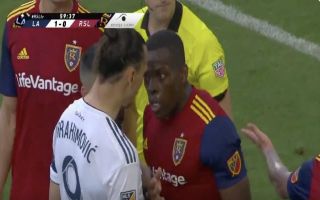 LA Galaxy secured a 2-1 home win over Real Salt Lake thanks to an early Uriel Atuna strike and a late Ibrahimovic winner, with Donny Toia grabbing the only goal of the game for the visitors.

Zlatan hit the headlines again after notching his eighth goal of the season, but he was clearly involved in a fierce on-field row with Onuoha throughout the match, even taunting the ex-Manchester City star when celebrating his winning effort.

The Salt Lake defender revealed after the match that Zlatan came into the away dressing room after the match to apologise, but he refused after being taunted consistently by the 37-year-old.

Zlatan goes to have a conversation with Nedum Onuoha in the #RSL locker room after #LAGalaxy‘s 2-1 win in Carson tonight. #MLS pic.twitter.com/Nc8ggQuQ9D

“He came in to apologize after the game because from 60 minutes in, he’s saying to me he’s going to do me, he’s going to hurt me for that game,” Onuoha said post-match. “And this is the guy who’s the face of the MLS, as he calls himself, but this is the way he plays on the field.

Nedum Onuoha explains to @syarock what happened when Zlatan came into the @realsaltlake locker room and why he didn’t accept Zlatan’s apology. #RSL #mls #rsltid pic.twitter.com/RNH36Olpv7

“So I don’t care. Someone comes in and tries to do that to me – you don’t say that on the field. I don’t care. I’m not going to accept his apology. It’s unacceptable.”

Ibrahimovic was seen dragging Ououha to the ground earlier in the contest and the Galaxy striker was hit with a yellow card for his reckless behaviour.

Zlatan Ibrahimovic went into the locker room apparently to apologize to Nedum Onuoha for fouling and taunting him during the game. Nedum wanted no part of his apology. #mls #RSL #rsltid pic.twitter.com/F2zcmPTbC2

However, the one-time Manchester United star had the last laugh when he coolly dispatched a late opportunity to earn his side another valuable win in the MLS, which you can watch below via Twitter. 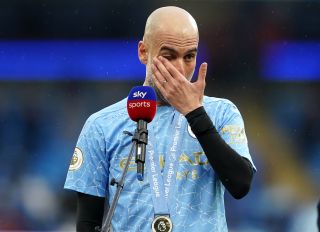