The Reds are currently locked in one of the most thrilling Premier League title races in recent memory with Manchester City, with only a point separating the two sides in the table.

The reigning champions are in pole position to retain their crown with two matches of the 2018-19 campaign remaining, but any slip could allow Jurgen Klopp’s men to steal victory in dramatic fashion.

Liverpool still have an away fixture against Newcastle United and a home clash with Wolves to negotiate, while City host Leicester City before making the trip to Brighton on the final day of the season.

One man who doesn’t want to see the Reds spring an upset is ex-United shot-stopper Tim Howard, who is now plying his trade in the MLS with the Colorado Rapids.

The 40-year-old had some strong comments on Liverpool’s title bid during an interview with CNN this week, during which he stated: “I hope Liverpool never win a title while I’m still breathing.

“We have two teams in the form that they’re both in. It’ll come down to the wire. If no one has a slip-up, then City wins.”

Old allegiances clearly die hard for the former Red Devils number one, who won three major trophies between 2003 and 2007 at Old Trafford.

United are destined to finish without silverware for the second consecutive season come May, having suffered seven losses in their last ten matches across all competitions under Ole Gunnar Solskjaer. 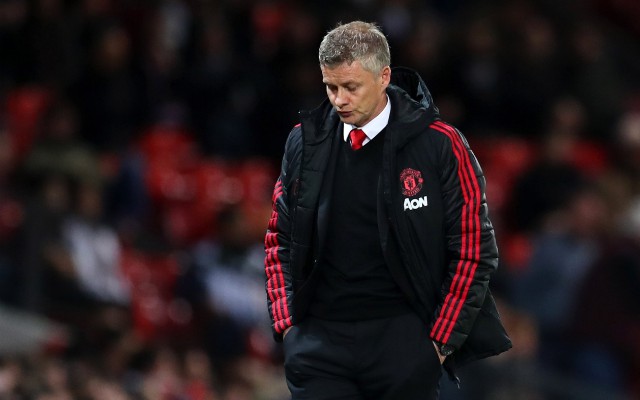 Solskjaer on the touchline for Man United

Pundits and supporters have suggested that the Norwegian’s appointment as the club’s permanent boss was rushed after an unprecedented initial revival which saw him oversee 14 wins from his first 17 matches in caretaker charge.

However, Howard is backing Solskjaer to turn things around at United, as he also told CNN: “Pundits and fans are funny. He’s the right man for the job. Hopefully, they will spend some money and they’ll get his players in and it’s no problem.

“He comes in and wins every game for three months and he’s the second coming of Jesus Christ and everyone loves him and then they tear him down and are ready to throw him off the ledge.

“Right now, I think the idea is for them to get back in the Champions League for sure.”