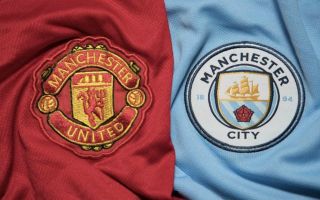 Manchester City want to beat Manchester United to the signing of Sporting Lisbon midfielder Bruno Fernandes as quickly as possible.

The Portuguese star has contributed 25 goals and 15 assists in 40 matches for Sporting across all competitions this season, emerging as one of European football’s most exciting talents.

The 24-year-old’s exceptional performances have not gone unnoticed, with several major clubs keeping a close eye on his situation ahead of the summer transfer window, including Man United.

According to Metro Sport, the Red Devils have held talks with Fernandes’ representatives over a possible deal, with his current release clause set at a whopping €100 million.

However, United could be beaten to a major signing by arch-rivals City, who are aiming to tie up a transfer for the Sporting ace immediately – as per A Bola.

City’s sporting director Txiki Begiristain has reportedly asked to meet officials at the Portuguese club, with a formal offer ready to be submitted as soon as the market reopens in May.

He is set to sit down with his Sporting counterpart Hugo Viana in Manchester on Tuesday, with City now well placed to bring in their first new player of the summer.

This latest news will surely come as a huge blow to United supporters, with weeks of reports suggesting that Fernandes was Old Trafford bound now looking likely to amount to nothing.

However, City already have a midfield brimming with world-class talent and the Portugal international might, therefore, struggle to nail down a regular spot in Pep Guardiola’s starting XI.

Fernandes would not have the same issue at Old Trafford, with Ole Gunnar Solskjaer in dire need of reinforcements across the middle of the park and that could have a huge bearing on the final decision the playmaker makes regarding his future.

That being said, if he is confident enough to accept the challenge of proving himself at the Etihad Stadium, the door is now wide open for him to begin the next chapter in his career, as City continue in their quest to dominate English football.