Arsenal star Ainsley Maitland-Niles has hit out at a racist troll on Instagram following a comment that was left on his social media page.

The 21-year-old was sent off in Arsenal’s defeat to Leicester City at the weekend, which was a huge blow to their hopes of securing a qualifying spot for the Champions League.

However, that is no excuse for the youngster to receive abuse as a result, but unfortunately some went well beyond the line with their reaction after the game.

As seen in the image below taken from Maitland-Niles’ most recent Instagram stories post, he has called out the racist troll in question but taken a very mature stance by not responding with an insult of his own.

Instead, he merely insists that he ‘wishes him the best in life’, as he’ll hope that his response will bring awareness to the problem and make the user in question and others think twice before leaving such a comment on social media.

Nevertheless, it will undoubtedly take much more than this to stamp the problem out altogether, with a spate of racist incidents occurring in recent weeks to continue to raise serious question marks over whether or not enough is being done to tackle the problem.

However, given the ease with which people can leave slurs and abuse on social media, it surely promises to be a major battle to stop it entirely.

As for Maitland-Niles though, the Arsenal star has responded in the way that he saw fit, and it’s hoped that it will have a positive impact on someone or perhaps even many others. 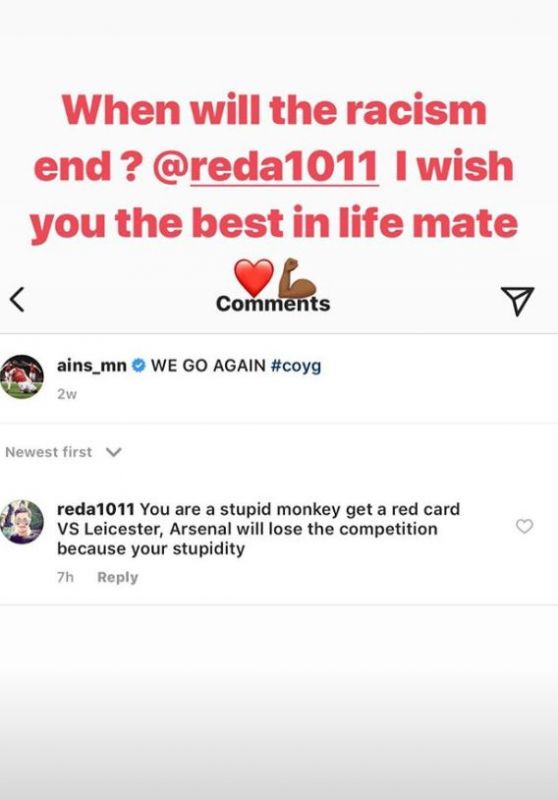