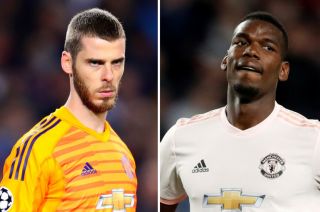 Manchester United look like facing a very difficult summer transfer window after what has also been another hugely frustrating campaign at Old Trafford.

Despite the initial feel-good factor of Ole Gunnar Solskjaer’s arrival as manager, things have recently taken a turn for the worse in a bleak reminder to the new Red Devils boss as to the size of the task he faces.

Martin Samuel lays into some of the club’s stars in his Mail column, taking particular aim at Paul Pogba for disrespecting United with his antics.

Interestingly, Samuel also claims in his piece that senior figures inside MUFC believe Pogba has already made up his mind about a transfer to Real Madrid, having agreed personal terms on a move.

It remains to be seen if this is true or just pessimistic thinking from some at the club, but the Mail do suggest the view inside Old Trafford is that Pogba is as good as gone.

Earlier today, Diario Gol claimed Pogba’s entourage had given Real the green light over discussing a move, while the France international was also quoted by BBC Sport earlier this season as admitting playing for Madrid is a ‘dream’.

With the Daily Star also claiming David de Gea is being targeted by Paris Saint-Germain, it’s not inconceivable that Solskjaer could lose two of his biggest names in his first transfer window as permanent Man Utd manager.