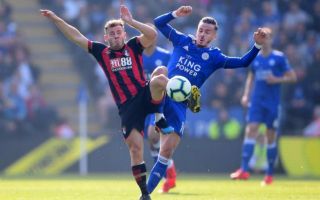 Arsenal have reportedly been handed a huge boost in their rumoured transfer pursuit of Bournemouth attacking midfielder Ryan Fraser.

The Scotland international has had a terrific season for the Cherries, with the Mirror linking him with Arsenal earlier this season.

Fraser will be out of contract at Bournemouth at the end of next season, but the Mirror now report he’s eager for a move to a big six club this summer, despite originally planning to quit his current club on a Bosman.

This is encouraging news for Arsenal, mentioned again as suitors in the Mirror’s report, with the Gunners in desperate need of more quality and creativity in their struggling side.

Unai Emery has not had the most convincing first season at the Emirates Stadium, though he’s also inherited a pretty poor squad in north London.

Fraser looks as though he could be a significant upgrade on out-of-form attacking midfield players like Alex Iwobi and Henrikh Mkhitaryan, while Mesut Ozil’s future may also be in doubt after playing less often this season.

Fraser may not be the big name some Gooners will crave, but he’s had a hugely effective campaign, scoring seven goals and laying on 13 assists for his team-mates, putting him joint top of the Premier League assist charts with Chelsea’s Eden Hazard.