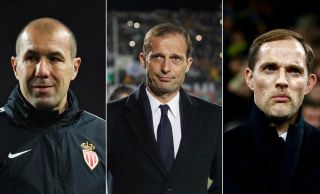 Chelsea have reportedly tried their luck with an approach to Paris Saint-Germain manager Thomas Tuchel as they eye a replacement for the struggling Maurizio Sarri.

However, according to Get French Football News, the German tactician has instead opted to sign a new contract with PSG, though the announcement has not yet been made official.

Tuchel has impressed as PSG manager having also shone at previous club Borussia Dortmund, where he’d attracted links with big clubs like Chelsea and Arsenal before he opted to move to the Parc des Princes.

However, with PSG once again failing in the Champions League this season, the 45-year-old’s future had again come into some doubt, with Chelsea seemingly trying their luck with an offer for him to take over at Stamford Bridge.

Tuchel could quite likely have been an upgrade on Sarri for the Blues, with the Italian tactician looking like he could miss out on guiding the club into the top four in his first season in charge.

Video: Cristiano Ronaldo misses point-blank chance after Bruno Fernandes puts it on a plate for Portugal in Euros opener against Hungary

Having impressed at former club Napoli, Sarri is now being linked with a return to Serie A with the likes of AC Milan and Roma, though if Tuchel has snubbed CFC, it remains to be seen if they might end up being tempted to keep hold of Sarri instead.

The west London giants have also been linked with the likes of Juventus boss Massimiliano Allegri in recent times.