The 21-year-old starlet has racked up 27 appearances for the French giants across all competitions this season, but he is not yet a guaranteed starter under Thomas Tuchel.

The Frenchman’s current deal at Parc des Princes is set to expire in the summer of 2020 and according to the Evening Standard, PSG may be willing to let him go for €20 million at the end of the season if he turns down a contract extension.

Gunners manager Emery brought Nkunku through the youth ranks while he was in charge of the Ligue 1 champions between 2016 and 2018, with it now his desire to arrange a reunion at Emirates Stadium.

ES reports that the Spanish coach is willing Arsenal to submit a £17.2 million transfer bid for his former charge when the market reopens, as he aims to strengthen his current squad.

Emery has had a mixed first year at the Emirates, but his side still have a chance of winning the Europa League and securing a top-four Premier League finish. 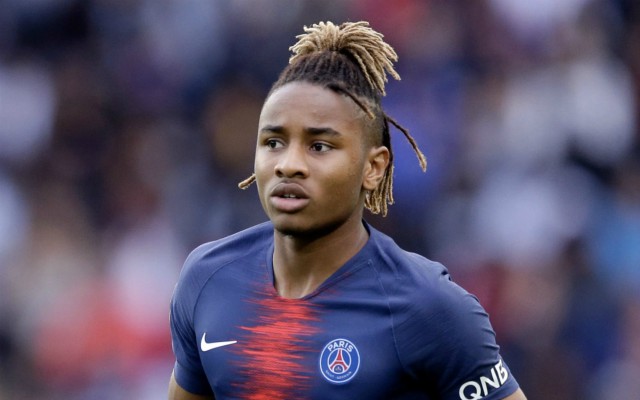 Nkunku in action for PSG

Arsenal’s success in the transfer window could depend on whether or not they qualify for next season’s Champions League, with limited funds available in the event that they fail to gain entry to the continental competition.

However, PSG’s asking price for Nkunku is relatively modest and the Gunners could realistically arrange a deal which suits both parties later in the year.

The France U-21 international has a bright future ahead of him, given his technical proficiency and physicality which allows him to act as both a creator and enforcer in midfield.

He could certainly add a new dimension to Arsenal’s current line up, which makes this story one to keep a close eye on as the 2018-19 campaign nears its conclusion.