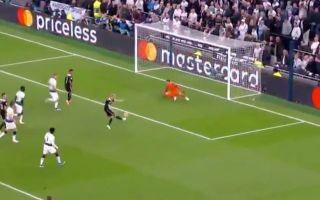 Ajax made a bright start to their clash with Tottenham on Tuesday night, with Donny van de Beek breaking the deadlock to give them a crucial away goal.

The two sides clash in the semi-finals of the Champions League, and the visitors certainly looked more than comfortable in the early stages in north London.

After controlling possession and the tempo of the encounter, Ajax were rewarded with the first goal of the game as after some patient and sharp build-up play, Van de Beek was played through and produced a brilliantly composed finish to beat Hugo Lloris, as seen in the video below.

Based on the early stages of the showdown, Tottenham certainly have it all to do to ensure that they come away with a positive result to take with them into the second leg in Amsterdam next week.

From a neutral standpoint though, it will be difficult for most viewers to not sit back and enjoy the way Ajax started the game…

This side is so exciting ? pic.twitter.com/KNfe5d9Men