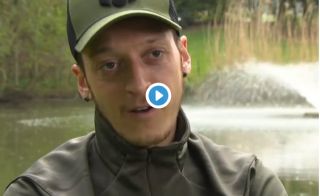 Arsenal star Mesut Ozil has responded to questions over his future in a video interview with Sky Sports.

In the video in the tweet below, the German makes it clear he plans to be at Arsenal next season, despite some reports to the contrary in recent times.

"I have two more years on my contract, I don't know what will happen after that"

Mesut Ozil discusses why he is happy at Arsenal and how they will cope with Aaron Ramsey.

Ozil has not been as much of a regular this season with Unai Emery replacing Arsene Wenger and often overlooking the former Real Madrid man.

This has led to a recent report from the Mail claiming Ozil is one player the club could offload this summer.

However, the 30-year-old seems to strongly suggest he plans to stay at the Emirates Stadium for the remaining two years on his contract.