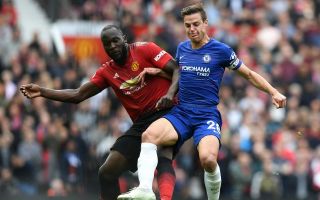 Manchester United have reportedly made a bid of £51.5million to seal the transfer of Paris Saint-Germain striker Edinson Cavani amid doubts over Romelu Lukaku’s future at Old Trafford.

The Uruguay international has been one of Europe’s most prolific centre-forwards for much of the last decade, having hit 192 goals for PSG, following 104 in just three seasons at Napoli.

Still, according to Don Balon, Chelsea seem to be in the running and have made an offer as well, with the Blues perhaps understandably also keen to bring in a top striker to replace the struggling Gonzalo Higuain, who hasn’t particularly impressed on loan at Stamford Bridge, having being drafted in to replace the misfiring Alvaro Morata.

If Cavani does leave PSG this summer, it would no doubt be exciting to see him in the Premier League, and a previous report from Calciomercato has claimed he’d be keen on playing in England next.

The doubts over Lukaku’s future come as the Belgium international struggles to live up to expectations for Man Utd, having also been quoted in the Guardian as saying he doesn’t know what lies ahead for him in this summer’s transfer window.

Edinson Cavani is a transfer target for Manchester United and Chelsea

MUFC fans will probably feel Cavani is a decent short-term signing to replace Lukaku, with the experienced South American perhaps ideal to come in for a couple of seasons as Zlatan Ibrahimovic did and lift the side before Marcus Rashford can take over at centre-forward on a more regular basis.

Still, it could also be argued that £51.5m for a 32-year-old is a lot of money and a bit of a risk given that Cavani is nearing the end of his career and has never actually played in the Premier League before, with Ligue 1 nowhere near as much of a challenge.