The potential reason behind Manchester United’s recent run of poor form has been revealed, it appears as though the dressing room at Old Trafford is shattered.

According to Express Sport via journalist Duncan Castles, Manchester United players were involved in a heated argument  regarding a dressing room ‘traitor’ following the side’s embarrassing 4-0 defeat to Everton.

An ongoing problem that United have faced under both Jose Mourinho and Ole Gunnar Solskjaer is lineups being leaked, it’s now understood that the players believe that it must be someone within the dressing room that is leaking the teamsheet, it seems as though tensions are rising at United following a rough patch.

Despite enjoying a wonderful run of form following Solskjaer’s initial appointment as caretaker boss following Mourinho’s sacking, United have somehow managed to go back from hero to zero. 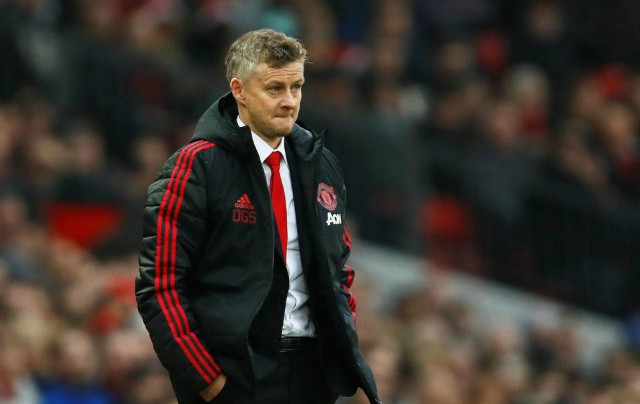 United have only won two of their last ten games across all competitions.

United’s hierarchy should’ve done a much better job of getting to the root of this problem during Mourinho’s reign, it certainly shouldn’t have still been an issue as soon as Solskjaer took charge.

Fans will be wondering just how much of a bearing this has played and if rectifying this issue would have led to better results, which could have saw United comfortably in a top four spot.

With the Red Devils looking extremely unlikely to finish in the top four and secure Champions League football, fans will be kicking themselves and thinking about the ‘what ifs’.

Here’s what Castles had to say on the matter on The Transfer Window podcast:

“I think there’s some very interesting things going on at Manchester United at the moment,”

“I know that after the Everton game there was an inquisition amongst the players as to why the team formation and line-up was leaked to the public inside 10 minutes of it being announced by the manager.

“And I’m told there were quite heated words said between the players as they were trying to work out who was doing this and blame being apportioned, saying ‘we’re in a situation where we can’t afford to have someone within the dressing room giving away tactical details and giving away secrets to the opposition so quickly and making it easier for them to play.’

“I think that’s telling about the state of the dressing room at present.”