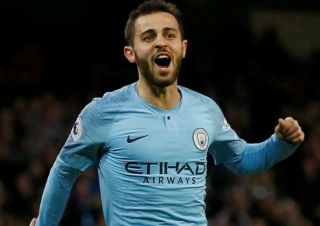 Bernardo Silva has dropped a big hint that he would like to see Man City sign two players reportedly being eyed by their rivals Man Utd.

Pep Guardiola’s men are still in contention to secure a treble this season, as after winning the League Cup, they will hope to add a Premier League title and FA Cup to their collection in the coming weeks.

With that in mind, it wouldn’t appear as though they need too much in the way of reinforcements this summer, such is the quality and depth that Guardiola already has at his disposal at the Etihad.

Nevertheless, in order to continue to improve and perhaps end their wait for Champions League glory, signings are likely this summer and Silva has dropped a big hint over who he would like to see Man City pursue.

“It is very good the bet that Benfica has made on youngsters, from Ferro, Joao Felix, Florentino, to Jota, who has played less,” he is quoted as saying by the Metro. “I wish I could take the youngsters from Benfica to Manchester. They are all very good.

“Bruno [Fernandes] is a great player. He has made a fantastic season with many goals, many assists that are not normal for a player of his position. He has very good numbers and we will see what happens at the end of the season. He is a player who can play in other leagues.”

As noted by the Evening Standard, it’s been claimed that both Felix and Fernandes are both priority targets for Man Utd, with the report adding that it could cost the Red Devils £150m in total to sign the pair.

In turn, should City enter the race for the duo, it could complicate matters for Utd significantly, especially if they are unable to offer Champions League football next season as they continue to trail fourth-placed Chelsea by three points with just two league games remaining.

Felix has been in fine form this season, with the 19-year-old bagging 18 goals and 11 assists in 40 outings at senior and youth level combined, while Fernandes has 28 goals and 16 assists in 49 outings, as the Portuguese international has been hugely impressive for Sporting Lisbon.

With that in mind, whether it’s Man City or Man Utd, the duo would surely have the quality and talent to flourish in England if a move to Manchester materialises for either or both this summer. 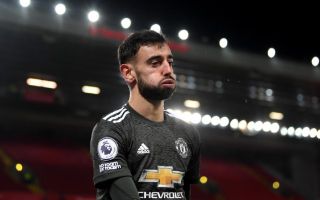