Manchester United have tabled a new deal for Juan Mata, who is reportedly keen on staying at the club despite interest from Barcelona.

The Spaniard is set to become a free agent this summer and talks over an extension have been ongoing since the turn of the year.

However, according to the Manchester Evening News, the 31-year-old wanted to sign a deal which would allow him to remain at Old Trafford for at least two years, as opposed to the one-year offer with the option to extend which was originally forthcoming.

MEN reports that United officials are hopeful Mata will accept a fresh contract offer, which has been submitted on Thursday, amid ongoing transfer links to Barcelona.

The Sun reports that The Spanish giants have been weighing up a free transfer for the veteran playmaker at the end of the season, but it seems he would rather stay in Manchester and fight for his place in Ole Gunnar Solskjaer’s line up.

Mata has been a key player for the Red Devils once again this season, despite not being a guaranteed starter and he is a proven performer in the Premier League, having spent the last eight years of his career on English shores. 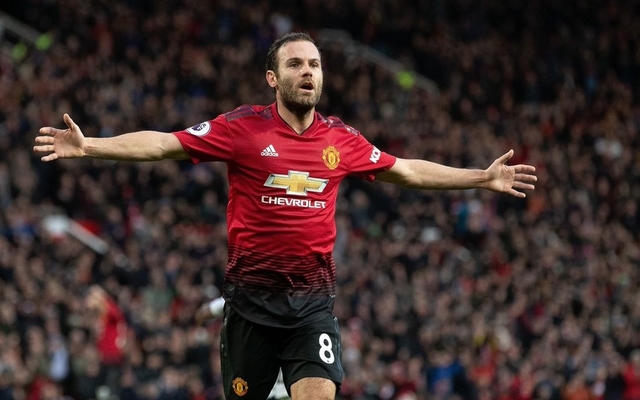 A previous spell at Chelsea saw him emerge as one of the top midfielders in Europe and he has solidified that reputation since his switch to Old Trafford in 2014.

United have endured a miserable spell since the departure of Sir Alex Ferguson in 2013, but Mata has been one of the few players who can hold his head up high during that period, providing a calm presence in the centre of the pitch.

The former Blues star is the only orthodox creative midfielder in Solskjaer’s current squad and it would be a blow to lose a player with his experience and quality ahead of the 2019-20 campaign.

United fans will surely hope that he accepts the new offer quickly and that this particular saga can be put to bed ahead of a busy summer in the transfer market.