Manchester United will send scouts to watch Cagliari midfielder Nicolo Barella in action this weekend, as they weigh up a summer bid.

The 22-year-old has been a standout performer in Serie A this season, featuring in 31 matches for Cagliari to help the team climb into a strong mid-table position.

The Italy ace has attracted a number of potential suitors with his performances and the latest club to declare their interest is Man United, as Ole Gunnar Solskjaer plans major changes to his current squad.

According to Gazzetta Dello Sport, Red Devils scouts are set to watch Barella in action against Napoli at Stadio San Paolo on Sunday, ahead of a possible transfer swoop at the end of the season.

Next Sunday a #ManchesterUnited’s scout will be in Italia to watch Nicolò #Barella in Napoli-Cagliari. #RedDevils are interested in him for the next season. Solskjear wants also #Koulibaly, but De Laurentiis doesn’t sell him (€150M is the evalutation). #transfers #MUFC #ManUtd

The young Italian has a seemingly limitless amount of energy on the pitch and an aggressive streak which has seen him top statistics for the most ball recoveries in Serie A over the past 11 months.

That tenacity, combined with his impressive technical ability and confidence in possession makes Barella the ideal target for Solskjaer at Old Trafford, with United currently lacking a willing runner in the middle of the pitch. 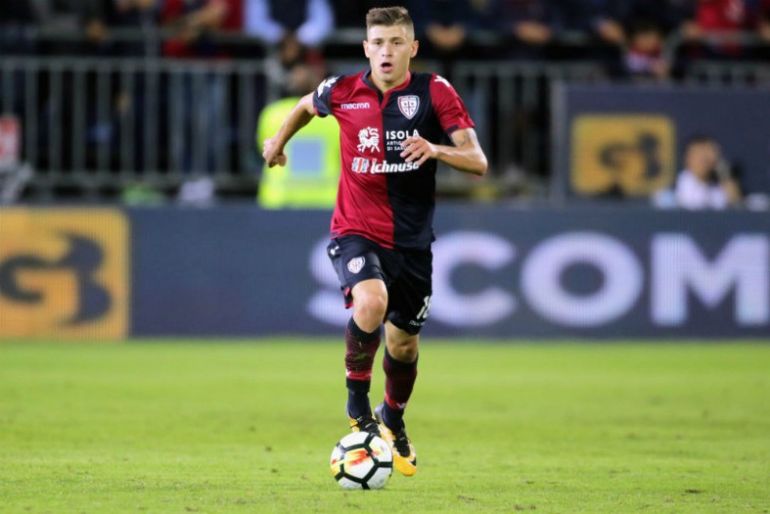 Transfermarkt states that the Cagliari star is currently valued at around £27 million, which is a small price to pay for such a talented player, who has been tipped to reach the very highest level of the game.

United are eyeing plenty of reinforcements when the market reopens, but in terms of value for money, Barella arguably outranks all other targets and the time could be right for him to take the next big step in his career.