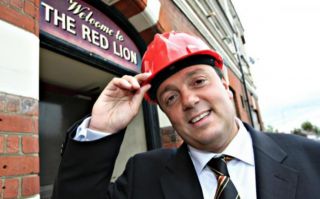 Bolton’s clash with Brentford has been called off amid ongoing financial troubles for the former as their nightmare continues.

As noted by The Sun, due to their inability to pay player wages and to offer the necessary safety measures, they will not be hosting Brentford in their rearranged fixture after the Championship season has ended and so the Bees have in turn been awarded a 1-0 win and three points.

It comes amid ongoing heartache for Bolton fans as the club faces £41.6m worth of debt, with the threat of administration looming over those in charge.

However, as per the Daily Mail, former Watford owner Laurence Bassini has rejected claims from the club that his takeover is not going ahead after they released a statement suggesting that talks had been ended, and has insisted that he has provided proof of funds to continue with the purchase.

“I have taken control of the club this morning and instructed staff not to make any further statements. I have proof of funds and a watertight contract.

“I will be attending the Nottingham Forest game on Sunday and I will put things right at Bolton Wanderers. Ken Anderson (chairman) cannot sell the club to anyone else, he is on notice and would be in breach of contract should he try to, I am the only person who can buy Bolton Wanderers.”

Time will tell how the mess is sorted out, but with Bolton already relegated down to League One, their fans will be desperately hoping that they can get things in order ahead of a crucial summer to start planning on how to build and improve rather than having this ownership mess continue with their debts still unpaid.