Barcelona have reportedly reached an agreement with Groningen over the €7.7m signing of talented youngster Ludovit Reis.

The Catalan giants are seemingly keen to build for the future on the basis of the majority of their most recent signings.

From Ousmane Dembele to Malcom, Arthur, Jean-Clair Todibo and Frenkie de Jong, the reigning La Liga champions look to be putting together a young core of talented youngsters to perhaps learn from the current stalwarts and take over the mantle in the coming years.

As noted by Mundo Deportivo, Reis is now expected to become the latest addition in a €7.7m move from Groningen, and it’s added that a five-year agreement is all done and all that’s left is for the teenager and his agent to travel to Barcelona to sign his new deal.

Further, it’s suggested that while he will begin his journey at Barcelona with the B team, he will likely join the senior squad for their pre-season tour this summer.

Nevertheless, official confirmation of his signing will be needed first before those plans are laid out, but it would appear as though Barcelona are all set to welcome him to the Nou Camp.

Reis has scored one goal and provided one assist in 27 Eredivisie games this season, while predominantly being used as a central midfielder.

While it will be an exciting time for him if he does complete a move to Barcelona, the competition for places is fierce with the likes of Sergio Busquets, Ivan Rakitic, Arthur, Arturo Vidal and many others, and so he will certainly have a difficult time making a breakthrough to impress coach Ernesto Valverde.

Despite that, the fact that Barcelona are said to be on the verge of wrapping up a deal to sign him would suggest that they believe in his talent and his ability to push on and make his case to be a key figure in the senior squad in the future. 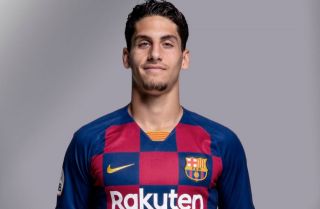