Antonio Conte is seemingly set to return to coaching this summer, and reports in Italy have claimed that he has met with Inter chief Beppe Marotta.

The pair know each other very well having worked together during a highly successful period at Juventus, with Conte now a free agent after leaving Chelsea last summer.

As noted by the Daily Mail, the Italian tactician has been embroiled in a legal battle with the Premier League giants after being sacked with a year to run on his contract with the Blues, and so once that has concluded, he is expected to be free to take on his next job.

That could lead him back to Italy, as Calciomercato, via the paper edition of La Repubblica, claim that Conte met with Marotta on Monday and was told by the Inter director to hold off agreeing a deal with rivals Roma.

Further, it’s suggested that’s because he has asked the ownership to green light a change in management which could cost them €80m, with €28m going towards axing current boss Luciano Spalletti and his staff, with a further €50m needed for Conte’s three-year deal.

That’s an expensive change to make for the Nerazzurri, but ultimately if the funds are available and they are convinced that Conte can get them back to where they want to be, then it could potentially be worth the gamble.

It’s fair to say that they have disappointed this season, with Spalletti unable to get them to kick on after returning to the Champions League.

Not only were they eliminated from both Europe’s premier competition and the Europa League, they haven’t been able to launch a Serie A title challenge this year, and so perhaps a change to freshen things up is needed for them to go to the next level.

Time will tell though if the pieces fall into place for Conte to be the man to lead that charge. 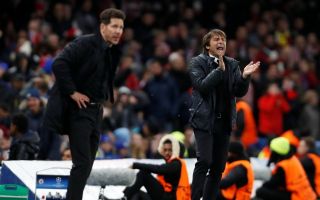