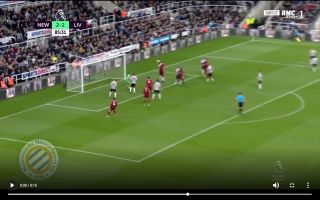 Liverpool forward Divock Origi has become the hero that the Reds need tonight, the Belgian has scored a crucial late winner against Newcastle.

All hope looked lost for Liverpool after Mohamed Salah was stretchered off with an injury but his replacement Divock Origi scored Liverpool’s most important goal of the season in the 86th minute of the clash.

Substitute Xherdan Shaqiri whipped in a lovely cross from a free-kick and Origi rose highest to head the ball towards goal, the Belgian’s header took a slight deflection off Newcastle defender Jamal Lascelles which directed it into the back of the net.

Origi also scored a late winner for the Reds in the Merseyside derby against Everton earlier in the season.

Liverpool fans never would have thought at the start of the season that Origi would be their hero, the Belgian spent some time in exile from the first-team but his ability and character can never be questioned again by fans.