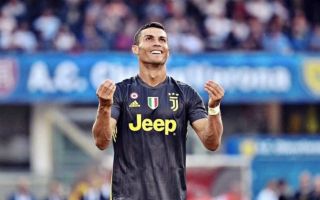 Cristiano Ronaldo has undoubtedly been supported throughout his career by his mother, who will know better than most the sacrifices he’s made to be one of the best ever.

Having traded Real Madrid for Juventus last summer, the Portuguese superstar and his loved ones will have had to adapt to a new culture and country in Italy, and it’s certainly been a successful start to life in Turin.

Ronaldo landed a Serie A title in his first year in Italy, and he’ll hope to build on that next season after being left disappointed in the Champions League and Coppa Italia.

Bizarrely though, it appears as though his mother has been duped into believing a widely inaccurate tweet, as seen below.

The original tweet reads: “Cristiano, the player who rescued Juventus from relegation and made them win a league again after an almost 20-year drought.”

To which Dolores Aveiro has replied: “My Pride, my son”.

Perhaps even more bizarrely the tweet is still up hours later despite a flood of comments trolling her over it, and so it remains to be seen how long it takes for Ronaldo’s entourage to notice the mistake and remove the post from Twitter.

Evidently Juventus haven’t been in relegation trouble leading up to Ronaldo’s arrival and they certainly haven’t been waiting 20 years for a Scudetto.

With that in mind, someone will either have to fill his mother in on the history of the club, or warn her to take greater care with what she comments on.