Arsenal are reportedly working on a surprise transfer move for Monaco striker Radamel Falcao, who is also a target for La Liga clubs.

According to Don Balon, Unai Emery has made a direct approach to the experienced Colombia international to promise him a big role at the Emirates Stadium.

That is somewhat surprising given that Arsenal already have Pierre-Emerick Aubameyang and Alexandre Lacazette as options up front.

However, Arsenal could face a tricky summer keeping hold of Lacazette, with Mundo Deportivo linking him as a target for Barcelona.

Falcao could, therefore, be an important signing for Emery’s side to replace the Frenchman, though he has flopped in the Premier League before.

The 33-year-old spent a season on loan at Manchester United, scoring just four goals in 29 games, and then fared even worse on loan at Chelsea the following year, scoring one goal in 12 games. 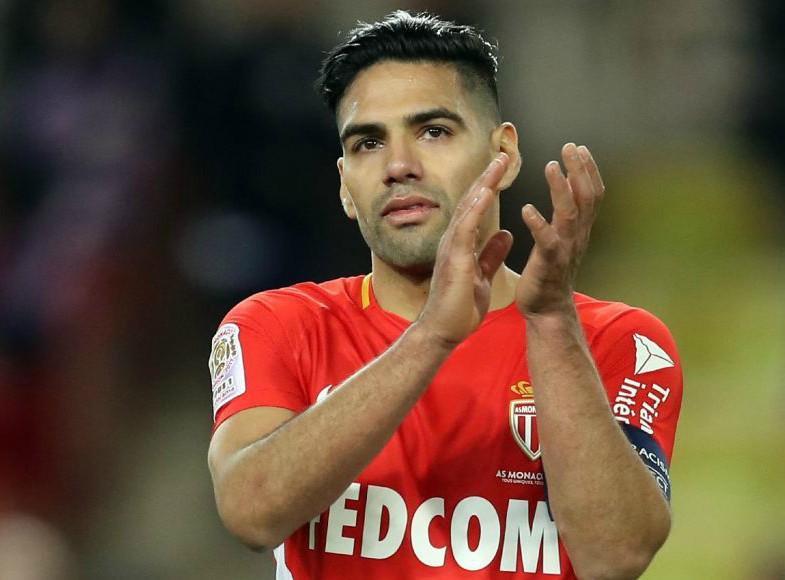 Radamel Falcao is a surprise transfer target for Arsenal

It remains to be seen if Falcao could succeed at Arsenal, especially as he’s now past the peak of his powers, though any club would be understandably tempted to sign a striker with his kind of record.

The South American has scored over 300 goals in his career for club and country, and remains a key player for Monaco.

It will be interesting to see how this pans out, but Don Balon currently suggest Arsenal are ahead of the likes of Atletico Madrid and Sevilla in the race for Falcao’s signature.