Eden Hazard could reportedly be ready to hand in a transfer request at Chelsea in order to help force through a move to Real Madrid this summer.

The Belgium international has long been linked with the Spanish giants after failing to extend his contract at Chelsea which expires at the end of next season.

MORE: Chelsea defender tells Blues to sort out his transfer away

The Daily Mail are among the sources to claim Real want to sign Hazard, as they claim Gareth Bale is no longer wanted at the Bernabeu.

Meanwhile, the 28-year-old was spotted shaking his head at Chelsea fans who approached him and begged him to stay in west London.

And now the print edition of Spanish newspaper AS claim Hazard could consider a transfer request in order to push Chelsea into a sale. 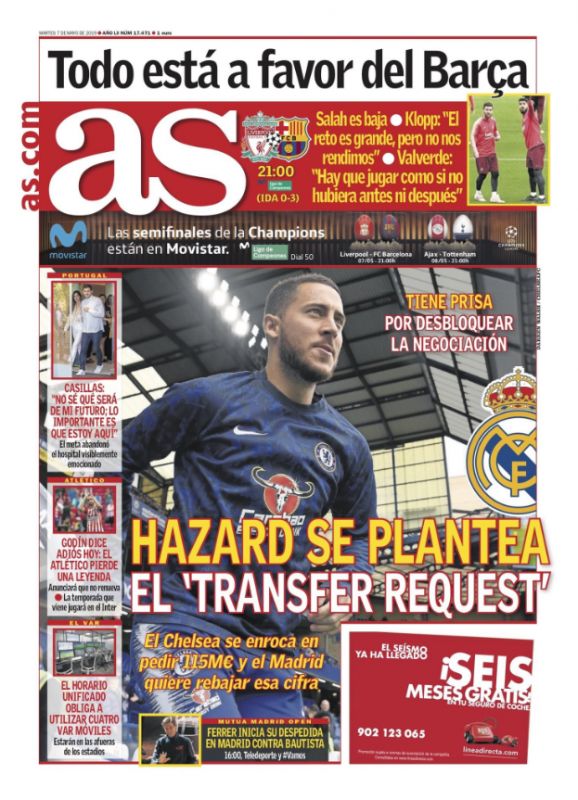 It remains to be seen if this will be necessary from Hazard, with Chelsea not exactly in the strongest negotiating position due to the very real threat of losing him for nothing in a year’s time.

That said, CFC may also be highly reluctant to lose him now as they would not be able to reinvest the transfer fee they receive for him as they most likely face a transfer ban this summer.