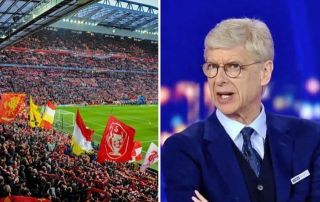 While many believed Liverpool’s Champions League hopes were over last week, Arsene Wenger warned Barcelona of the dangers of heading to Anfield.

The Catalan giants led 3-0 after the first leg of their semi-final tie last week, and looked to be in complete control given their commanding lead.

However, they capitulated at Anfield on Tuesday night, with Liverpool running out 4-0 winners to complete an epic comeback to advance to the Champions League final in Madrid on June 1.

While they have history of magical European nights and great comebacks, Wenger clearly felt as though the tie was always going to be in the balance heading back to Anfield for the second leg such is the difficulty of facing Liverpool at home in Europe.

“Liverpool have not won the title for 30 years, but in Europe they do well. Why? Anfield. The most heated stadium in Europe for a return game. Anfield is the only place you don’t want to go to for the return leg.”

That proved to be the case for Barcelona who couldn’t cope with the onslaught in the second half, with Liverpool fully deserving of their place in the Final, with Wenger getting plenty of praise for his call which was made prior to the first leg as he knew how difficult it would be going back to Merseyside for the second clash.

Wenger even warned them ? pic.twitter.com/EFeG1uqojo