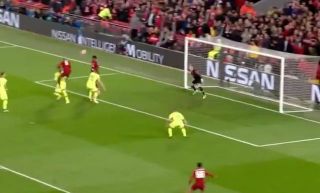 Liverpool produced yet another special European night at Anfield as they came roaring back against Barcelona to lead 3-0 after 56 minutes.

The Merseyside giants had it all to do after suffering a 3-0 defeat at the Nou Camp last week, especially with Mohamed Salah and Roberto Firmino ruled out with injury.

They secured the perfect start with Divock Origi scoring early on to give them a way back into the tie, and Georginio Wijnaldum sparked incredible scenes at Anfield with a quick-fire double after the break.

As seen in the videos below, the Dutchman timed his runs into the box perfectly and produced two great finishes to level things up in the Champions League semi-final tie, with Liverpool now in the ascendency and threatening to pull off yet another sensational comeback in Europe.

As for Barcelona, they will have show real resolve to stem the tide and wrestle back the lead in this encounter as their vulnerabilities have been exposed yet again after their collapse against Roma in this competition last season.

LIVERPOOL HAVE A THIRD!!!!! 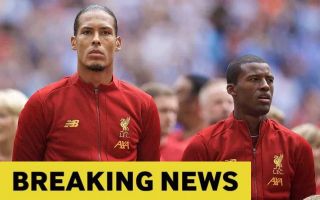