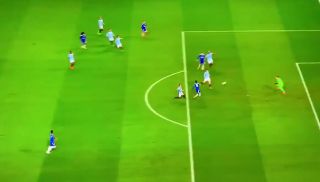 Kelechi Iheanacho will not be a popular man on Merseyside today after his shocking miss for Leicester City against Manchester City last night.

The Nigerian striker was put through late on for a glorious chance to make it 1-1 at the Etihad Stadium, but a tame effort went well wide – a shot so bad it looked a little suspicious.

While there’s surely no away Iheanacho would actually try to help out his former club City, this fan above reckons he missed on purpose to avoid putting Liverpool back in the driving seat for the Premier League title.

The Reds now need an unlikely result for Brighton this weekend as they host City, though on paper it’s a comfortable-looking final day fixture for Pep Guardiola.

Vincent Kompany struck a wonder-goal in the 70th minute against Leicester, ending what was probably Liverpool’s best hope of their rivals dropping points. 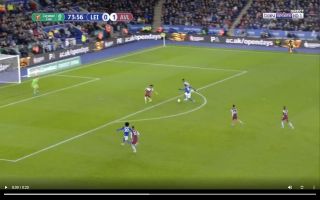