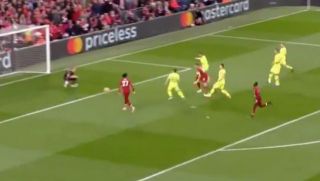 Liverpool needed an early goal against Barcelona to keep their hopes of turning things around alive, and they got exactly that through Divock Origi.

The Merseyside giants trailed 3-0 from the first leg of their Champions League semi-final tie, and so the odds were stacked against them to launch a comeback.

Jurgen Klopp would have known his side needed to make a fast start to pile the pressure on Barcelona, and they did so as Origi tapped home the first goal of the game, as seen in the video below.

It remains to be seen how Barcelona now respond to that setback, as they have bad memories of surrendering a lead last season after crashing out to Roma.

In turn, that could play on their minds this time round as Liverpool are certainly back in the tie and are threatening to produce another classic European night at Anfield.

It's a goal! Divock Origi (Liverpool) puts the ball past the goalkeeper pic.twitter.com/iNZReo94dQ

What a start for Liverpool!

Divock Origi gets them off to a flier and Anfield is rocking ? pic.twitter.com/mRKCZaKWPL 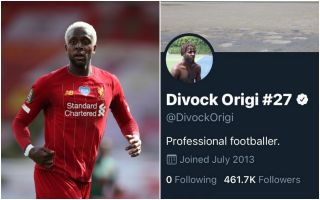